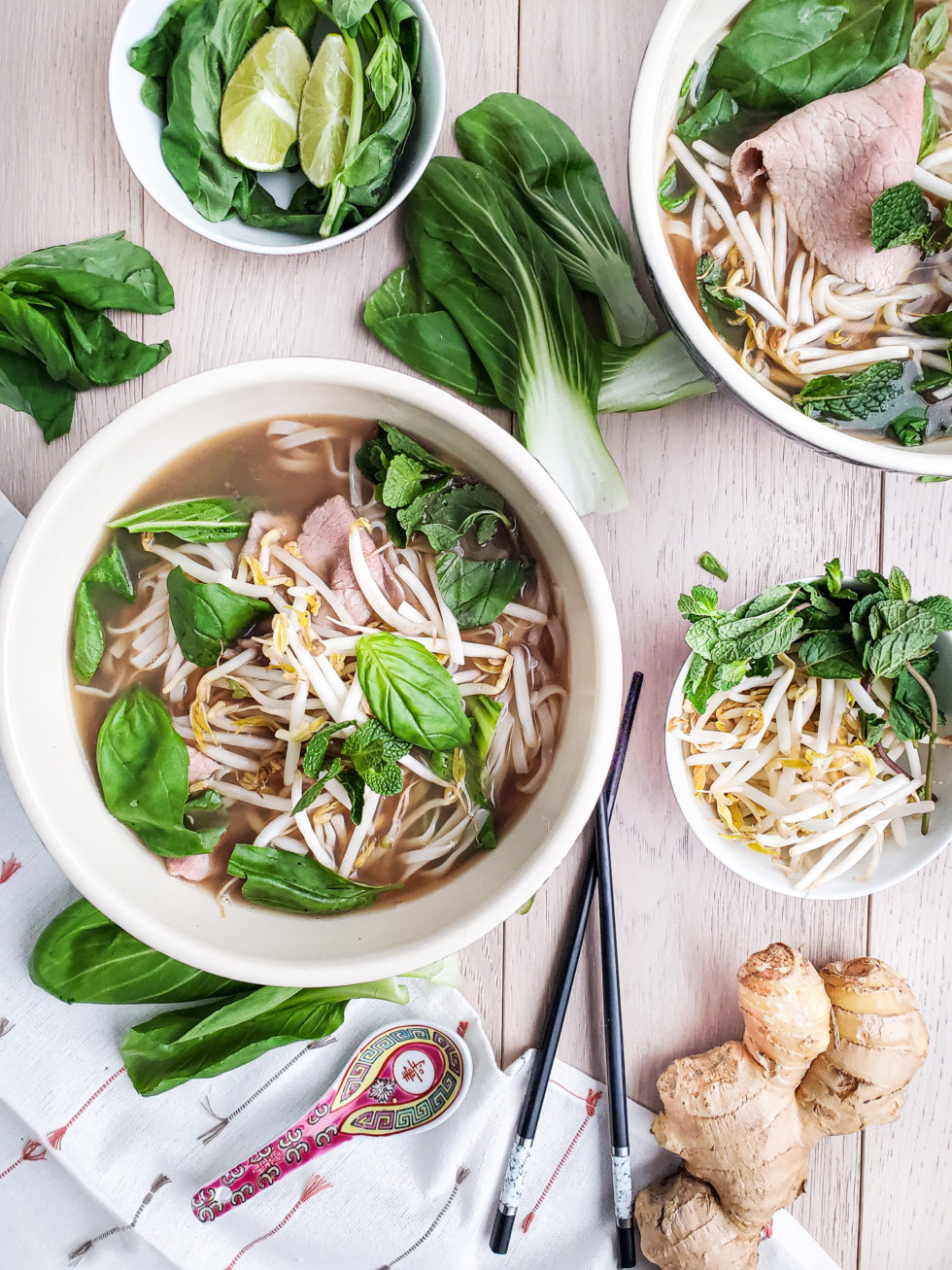 Pho is one of my easy go to meals. I usually have some beef and broth in the freezer and all of the spices on hand. It’s so easy to simmer and prep the rice noodles which takes about 5 minutes.

When I go to Farm Boy, I like to buy the beef slices that are already pre-cut, they usually say Chinese Beef Fondue on it. They are the perfect thin slices for pho. I pop them in the freezer, ready to defrost when I have a pho craving.

I like to use a mix of homemade bone broth and low-sodium store bought beef broth. I like adding some beef bone broth since it is rich in nutrients and minerals and adds a nice depth of flavour to your final broth. Bone broth is also very healing for your gut from all the collagen in it! But if you don’t have any bone broth, no sweat, it works just as well with some beef broth.

All of the spices used are very anti-inflammatory and rich in anti-oxidants and polyphenols. This is a great way to incorporate them into your meals through a soup or stew. Bulk barn is a great way to get a small handful of these spices. A small quantity lasts quite a while.

Although it isn’t traditional to add any greens, I always like to include some extra veggies, so I added in some bok choy to my pho. The good news is you don’t have to cook the beef or the bok choy, since the boiling hot broth cooks it for you. All you really have to really cook are the rice noodles.

Once done, top it with garnish of choice. I like to squeeze some fresh lime, add beansprouts, mint and basil. If you want even more flavour you can always add some Sriracha or extra Tamari.