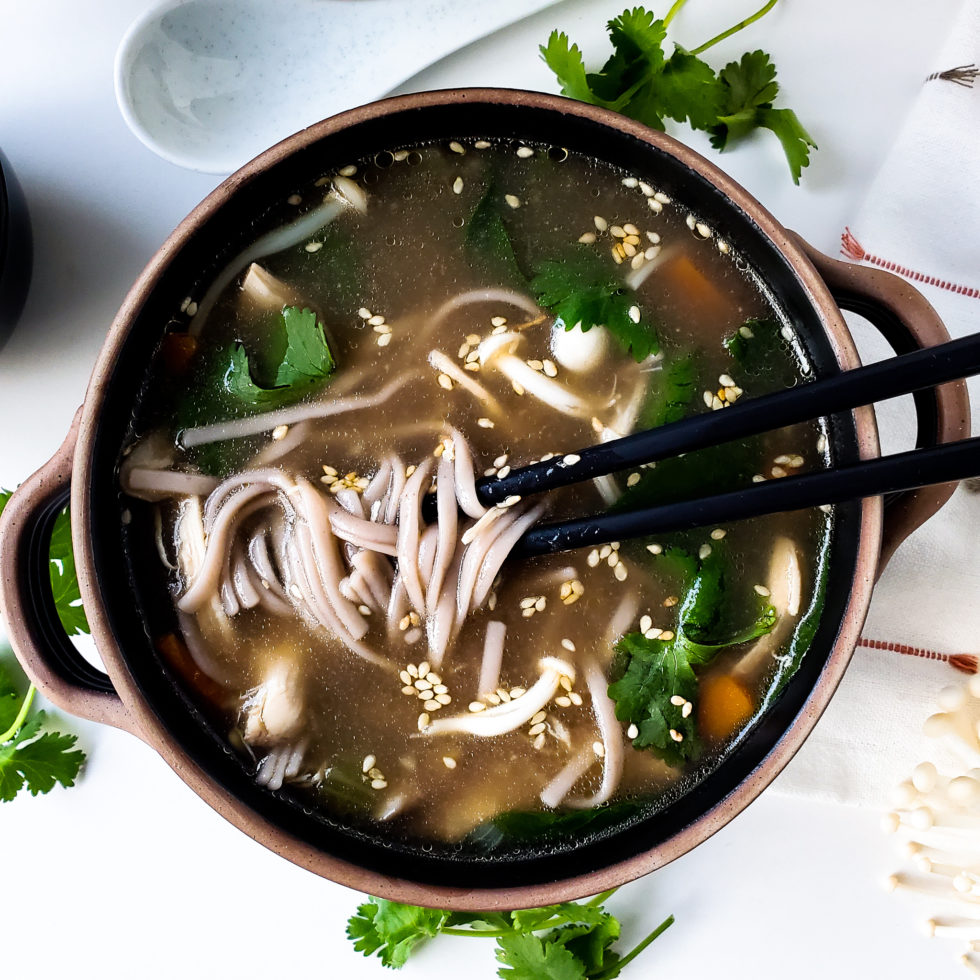 It’s soup season!! I always love a good chicken noodle soup but I was craving something a little bit different so I came up with this recipe.

I added some ginger, star anise, cloves….miso and tamari to the broth to create that asian inspired flavour profile. Then I swapped the noodles for some soba noodles. I broke them in half to make it easier to eat the noodles. If you aren’t using chopsticks then you can even break them up into smaller pieces before you cook them or chop them up with some scissors once they are cooked. I like to keep the noodles separate from the soup anyways to maintain the integrity of the noodles. It’s so much better and so nice to ladle the hot broth over.

I also added in some mushrooms like enoki and….some heat from a thai chili, bok choy and topped with sesame seeds and cilantro. This soup is so flavourful and a nice change of pace to your traditional chicken soup. 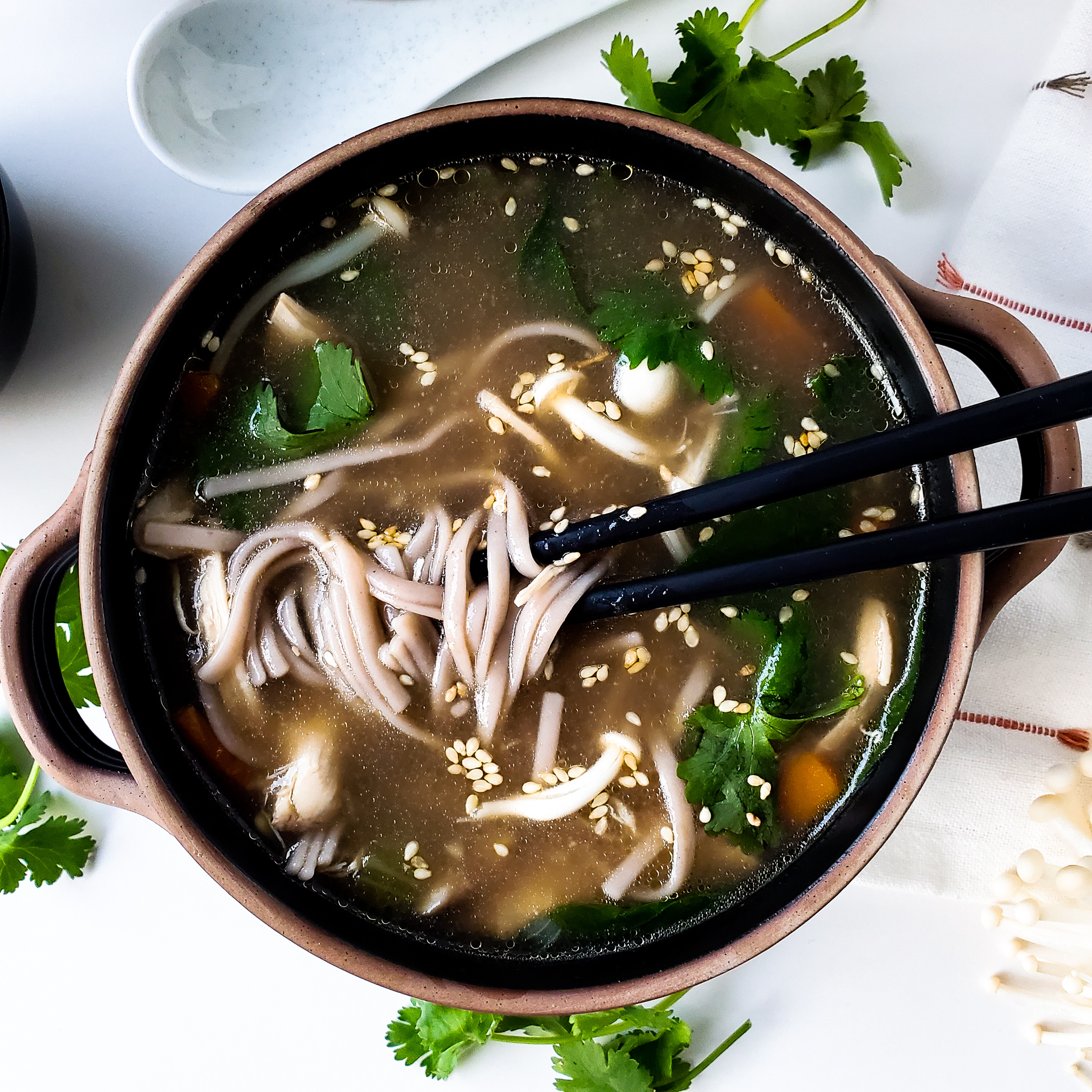 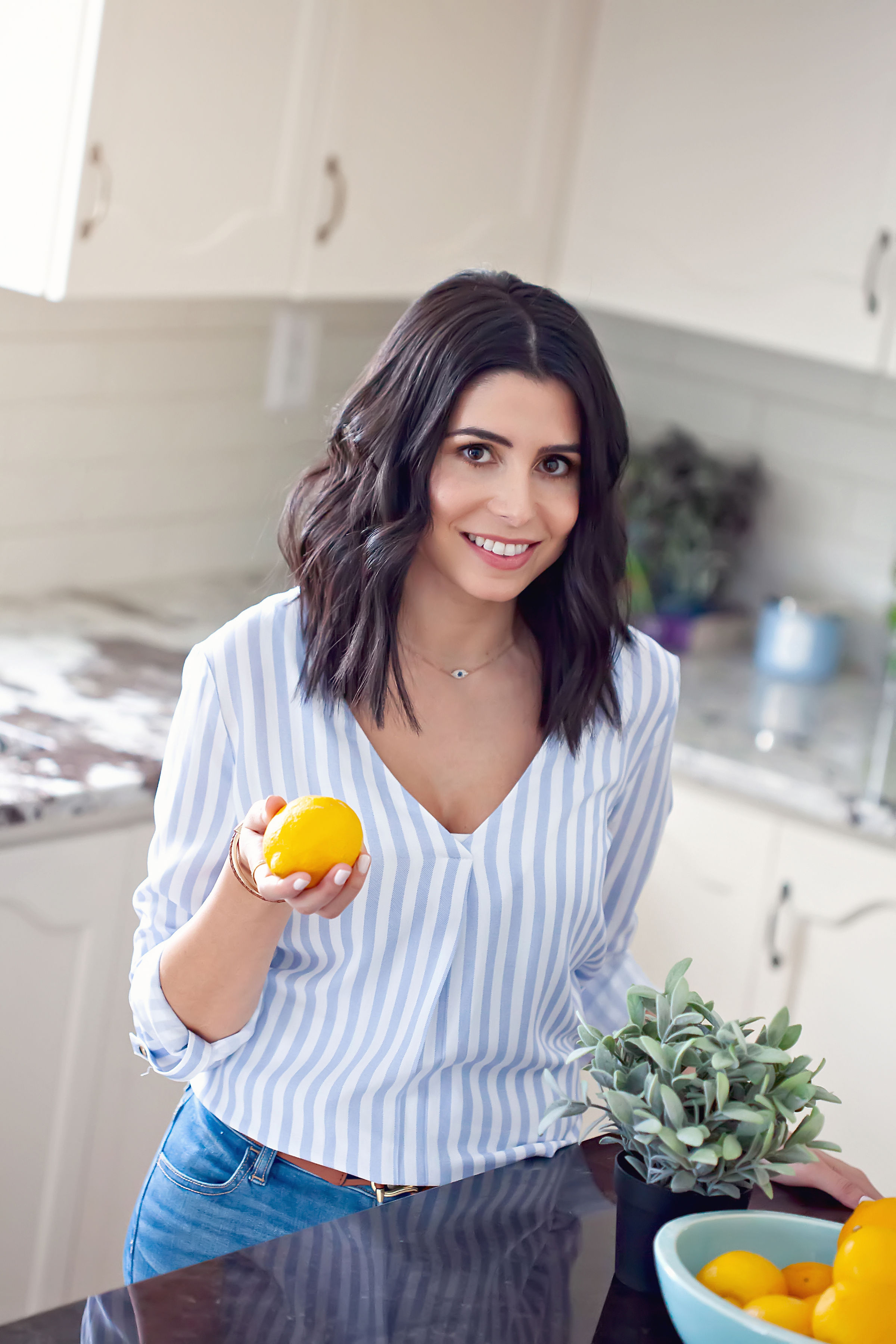